Can you help with information on Bethnal Green victims?

Was a member of your family or a friend a victim of the Bethnal Green tube disaster, the worst civilian disaster of the Second World War? Do you recognise any of the names below? If so, Sandra Scotting, secretary of the Stairway to Heaven Memorial Trust, which seeks to ensure the tragedy is never forgotten, would love to hear from you.

The Trust seeks to ensure that the 173 people who died in that terrible, terrible evening of March 3 1943 are never forgotten. Over 90 more people were seriously injured.

The unfinished Bethnal Green station had been made available as a shelter two years earlier, after initial fears that the risk of flooding made it too dangerous, and people were used to making their way there when the sirens wailed. There were 5,000 bunks, and on some nights 7,000 people.

It had been raining that evening and the steps were slippery. Explosions – of anti-aircraft rockets under test, it turned out – could be heard nearby, and people flocked to the shelter. A woman with a small child fell. The crowd at the top could not see. They pressed on down. And the barriers at the bottom prevented movement, as people piled on top of each other. Within seconds, a mass of humanity lay suffocating at the foot of the stairs as people continued to fight to get down.

Sandra Scotting writes: “Here are the families that I am assuming were Jewish that died in the disaster. Some may not have been, so you will have to be the judge of that.

“For some of them we have no family connections at all (these are the ones with two ** at the side of their names) so an appeal for contacts would be really helpful.

If you recognise any of those names please email Sandra at This email address is being protected from spambots. You need JavaScript enabled to view it. or contact the Stairway to Heaven Memorial Trust on 01474 702513 or (M) 077324 60 444

A Memorial Service for the victims will take place on Sunday March 3 at 2pm at St. John on Bethnal Green Church (next door to Bethnal Green underground station) and all are welcome.  There will be wreath and flower laying on the Memorial for the first time, with representatives from different faiths giving blessings for the victims. 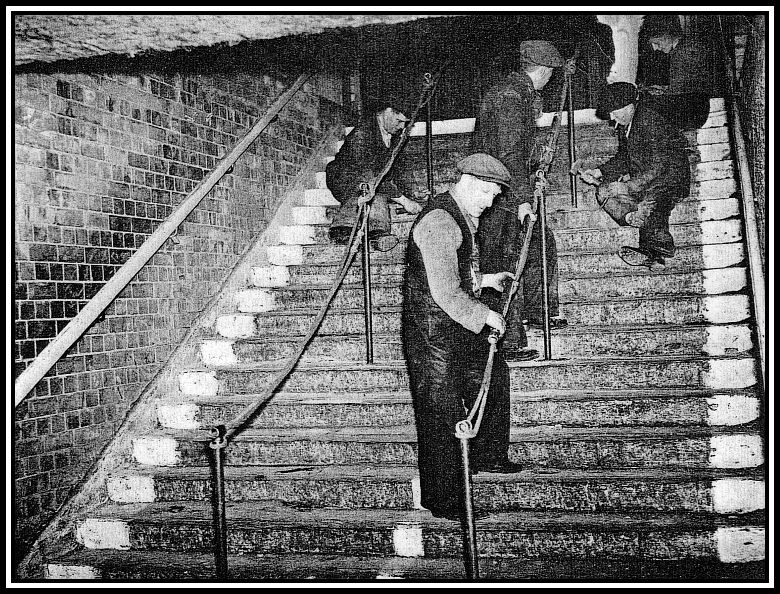 Inside Bethnal Green tube station the morning after the disaster,
Photo courtesy of Tower Hamlets Archives.